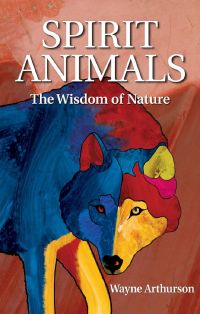 First Nations peoples and Native Americans in North America have long believed in the power of spirit animals or totems. They believed that these animals had lessons to teach and healing or inspirational powers:
- One of the strongest spirit animals, the bear is known as the grandfather for many peoples; they are seen as strong, powerful creatures that can never die. Bears also mean leadership, confidence and courage.
- The buffalo/bison is a symbol of strength and power but also of life because for many peoples it was the major source of food, hides, etc. White Buffalo Woman is also a strong spirit, teaching people to walk through life in a sacred manner.
- Trickster and the creator in one is the coyote, and some say that humans descended from the coyote. Legends tell that the coyote brought fire, knowledge of herbs and food to the humans but at the same time brought death.
- The lizard is a gateway animal to the dream world
- Many peoples call North America Turtle Island because the turtle carried the earth on its back. Turtles carrying the earth must have peace and balance, so turtles are symbols of these attributes.
- The wolf is known to many as the Great Teacher. Wolves taught many humans how to form communities and to hunt. The medicine of a wolf is very strong and can offer much but also demands full participation and sincerity.
Award-winning author Wayne Arthurson delves into the world of spirit animals and shows the meanings of these animals to Native peoples and how nature has made its mark on their world.

Wayne Arthurson is an award-winning author of Cree heritage. For more than 20 years, Wayne has worked as a newspaper reporter, editor, freelance journalist, copywriter, communications officer and drummer in a rock band.