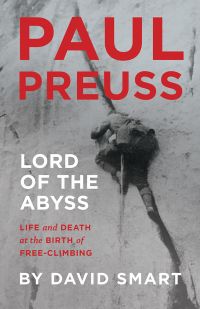 Shortlisted for the 2019 Banff Mountain Book Award for Mountain Literature

Shortlisted for the 2019 Boardman Tasker Award

An intriguing biography of the renowned Austrian alpinist Paul Preuss, who achieved international recognition both for his remarkable solo ascents and for his advocacy of an ethically "pure" alpinism (meaning without any artificial aids).

In the months before his death in 1913, from falling more than 300 metres during an attempt to make the first free solo ascent of the North Ridge of the Mandlkogel, Paul Preuss’s public presentations on his climbing adventures filled concert halls in Austria, Italy, and Germany.

George Mallory, the famed English mountaineer who took part in the first three British expeditions to Mount Everest in the early 1920s, is quoted as saying “no one will ever equal Preuss.”

Reinhold Messner, the first climber to ascend all fourteen 8000 metre peaks, was so impressed by the young Austrian’s achievements that he built a mountaineering museum around Preuss’s piton hammer, wrote two books (in German) about him and instituted a foundation in Preuss’s name.

Although he died at only 27 years old, modern climbing may never have developed the ethical, existential core that it has today if not for Preuss’s bold style. Even the most trenchant traditionalists remain unsure about whether to add him to their pantheon or dismiss him as at worst a lunatic or at best an indelicate subject better left ignored.

David Smart is the editorial director of Gripped Publishing and founding editor of four magazines, including Gripped, Canada’s Climbing Magazine. He is the author of five climbing guidebooks and numerous articles in both the Canadian Alpine Journal and Climbing magazine, as well as two novels and the memoir A Youth Wasted Climbing. David lives in Toronto, Ontario.